How is everyone! It has been a while since I posted something so here are some updates! Adith is enjoying his half day kindergarten and is learning alphabets, math concepts and sight words. We also attended a couple of birthday parties of his class mates. One was at Chuck-E-Cheese and the other was at a farm so all the kids had a great time and I got the opportunity to meet his friends and their parents.

There was a Science and Invention Fair at school and I had enrolled him so that he will have some experience talking to people. But it so turned out that  I was left to explain the project for quite some time initially while he enjoyed playing with his friends. Later he did a good job explaining about his “Rainbow in a jar” project. 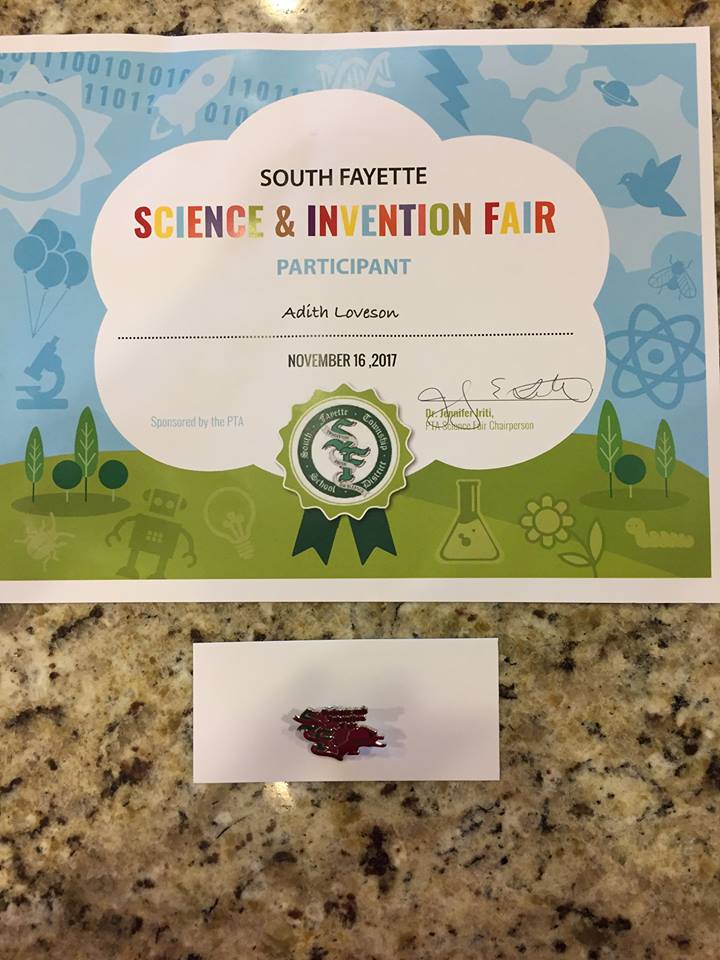 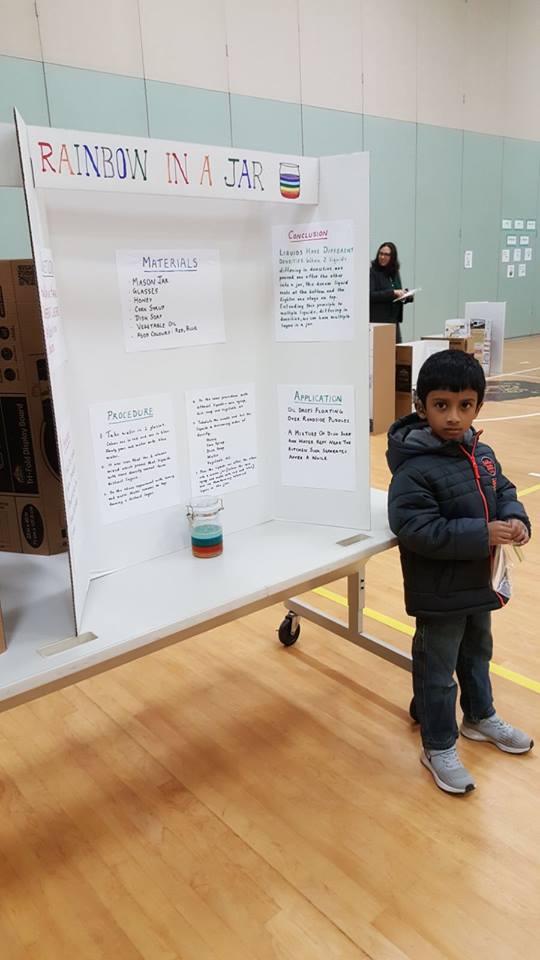 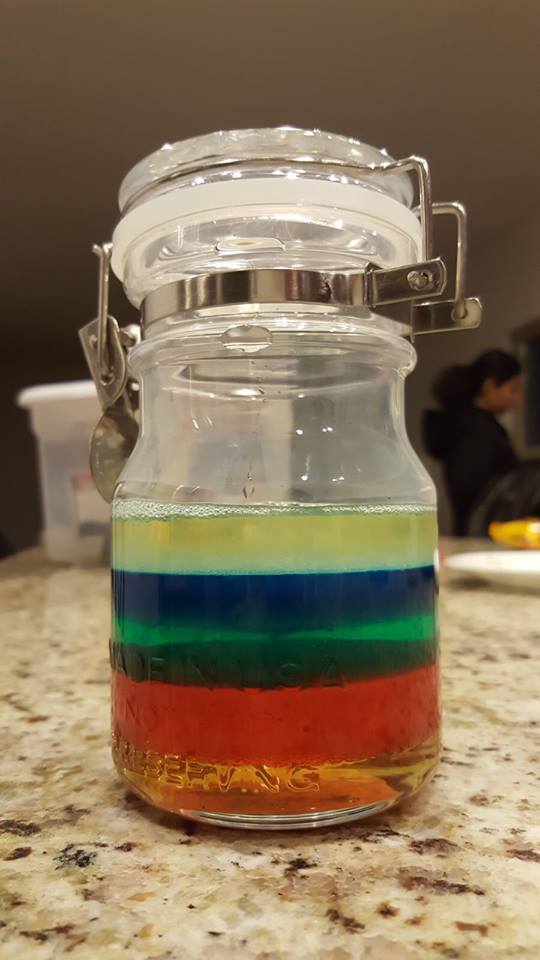 I continue to do the ling test with him (asking him to repeat after me the sounds ah, ee, oo, mm, s, sh in random order) and realized that he has a hard time hearing the \s\ even with the implant.  With the hearing aid alone, the responses are even less accurate. Considering that he was relying mainly on this hearing aid before the implant, I cannot even imagine how difficult it would have been had he not been implanted.

We had a great Christmas with friends in Pittsburgh. Adith was part of the CCD choir that sang “Silent Night” at the 4 PM Christmas Eve mass and it was a special moment for us! 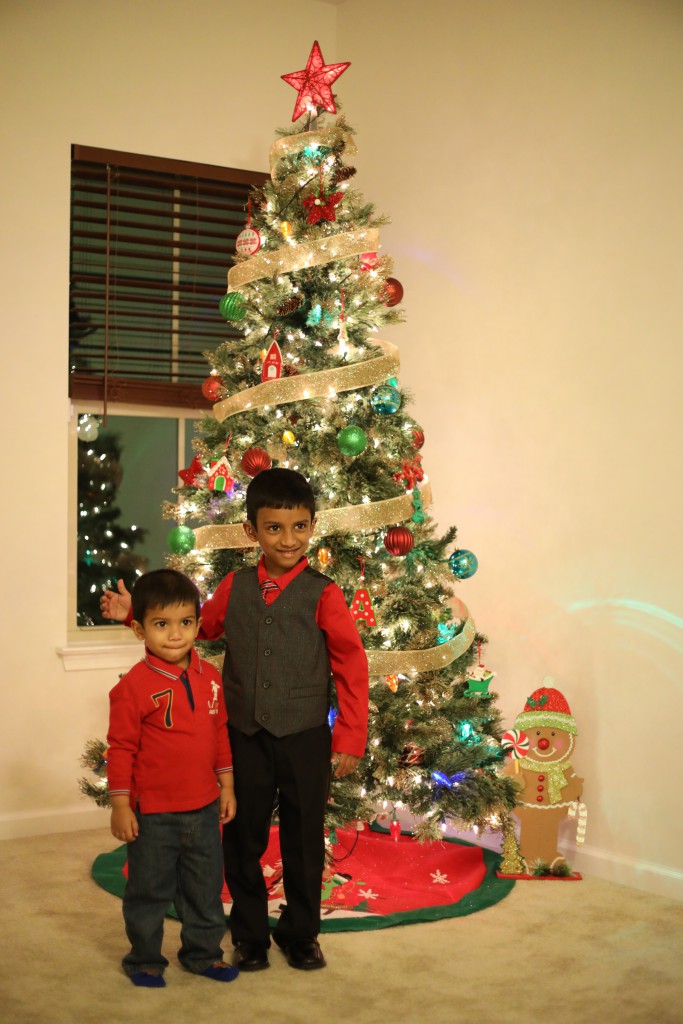 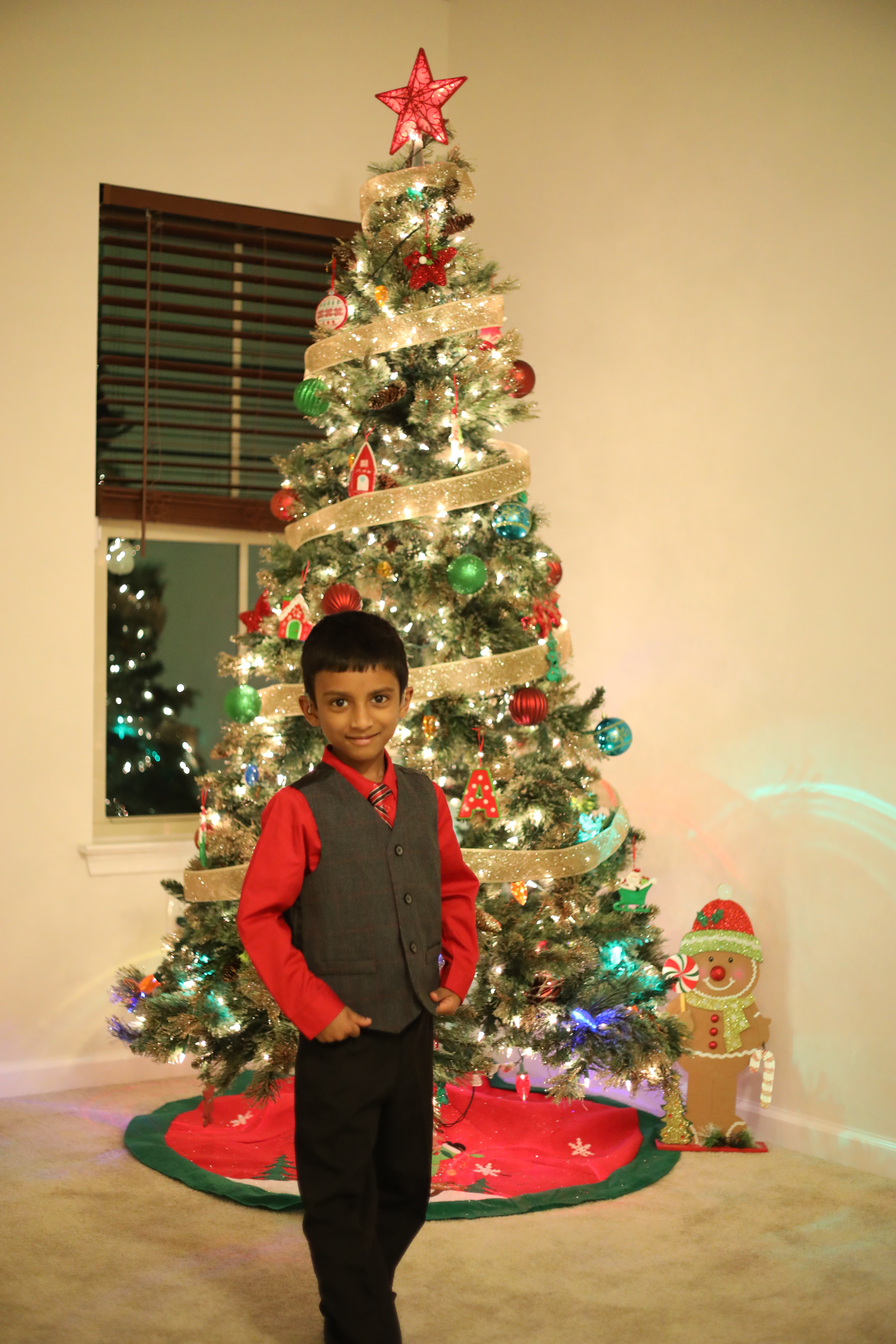 Thats all for now!
Here is wishing that 2018 turns out be a great year for you!
Diya