Its hard to believe, but May 23rd, 2016 marked 3 years since hearing aids became his constant companion. Boy, what a ride it has been! Although he was diagnosed with hearing loss on April 5th, he was fitted with hearing aids after what seemed like an eternity (to us)! Unlike in India where we can buy hearing aids from a retailer, here it is procured through Insurance or Medical Assistance and unfortunately, neither worked out for us. Our audiologist was confident that she could get it through a charity program that she was working with at the hospital, but that was going to take some time. With his late diagnosis and the clock ticking, any further delay in his rehabilitation seemed punishing. Luckily, our audiologist got a pair of loaner hearing aids that he could use meanwhile and he was finally fitted with amplification device 47 days after his diagnosis! We are thankful to our audiologist Shelley Myers for her timely help.

And now, the challenge was getting him to keep them on! It was something new for him and he had no liking for something being inserted into his tiny ears so he did what every child would do – pull them out and throw it onto the floor (especially the right one since the mold was not very snug and was giving out feedback- a high pitched whistling sound). Since we did not want him to hate his HAs from the start, we did not pressurize on the right one but encouraged him to use the left one alone so that he could realize the difference it made and slowly take a liking for it. Very young kids often put hearing aids in their mouth and chew on it but at 19 months, he knew better and within 3 weeks, he became a full-time user of HAs with the exception of bath time and while sleeping. In fact, he would cry his lungs out when asked to remove the hearing aids at bedtime!

Video: Adith getting fitted with Hearing aids for the 1st time, Children’s Hospital of Pittsburgh

The loaner hearing aids were from a company called Oticon and it came with an accessory kit containing batteries, listening tube, cleaning liquid, blower, a night-time container that would pull out the moisture and so on. We were officially entering a new phase in our lives, getting used to things we had never seen before. There was also a hearing aid clip that helps to prevent loss – even if a child pulls out his hearing aids, it would remain hanging from his shirt with this. During the initial days, I often felt it was some other kid and not my Adith. It was so hard to accept that he would have to wear this for the rest of his life. I had hardly ever seen a senior citizen with hearing aids and here was my first born child wearing them at 19 months.

For several weeks, I continued to be in a denial phase and mourned over it. Being the youngest of 3 girls, my parents and sisters had greater feelings for me and felt helpless thousands of miles away. I sang “dukhathinte paanapaathram” (malayalam hymn) and recited a prayer that my mother passed on to me, several times a day. One day, I came across the verse “The will of God will never lead you where the grace of God cannot keep you”. It seemed befitting for my state and I suddenly felt the pressure off me. More than the diagnosis, it was my lack of confidence to back him that weighed me down and this verse was reassuring. I realized that no matter what, we will pull through this. The tumult of emotions settled down and I started to work towards his betterment with composure. What peace!

Thus, Adith embarked upon his hearing journey. It was as much a journey for us (if not more) as it was for him. Though I got used to his aids, his hearing clip continued to bother me. I felt it made him stand out even more and looked more disabling than the hearing aids themselves! Here are some pics. 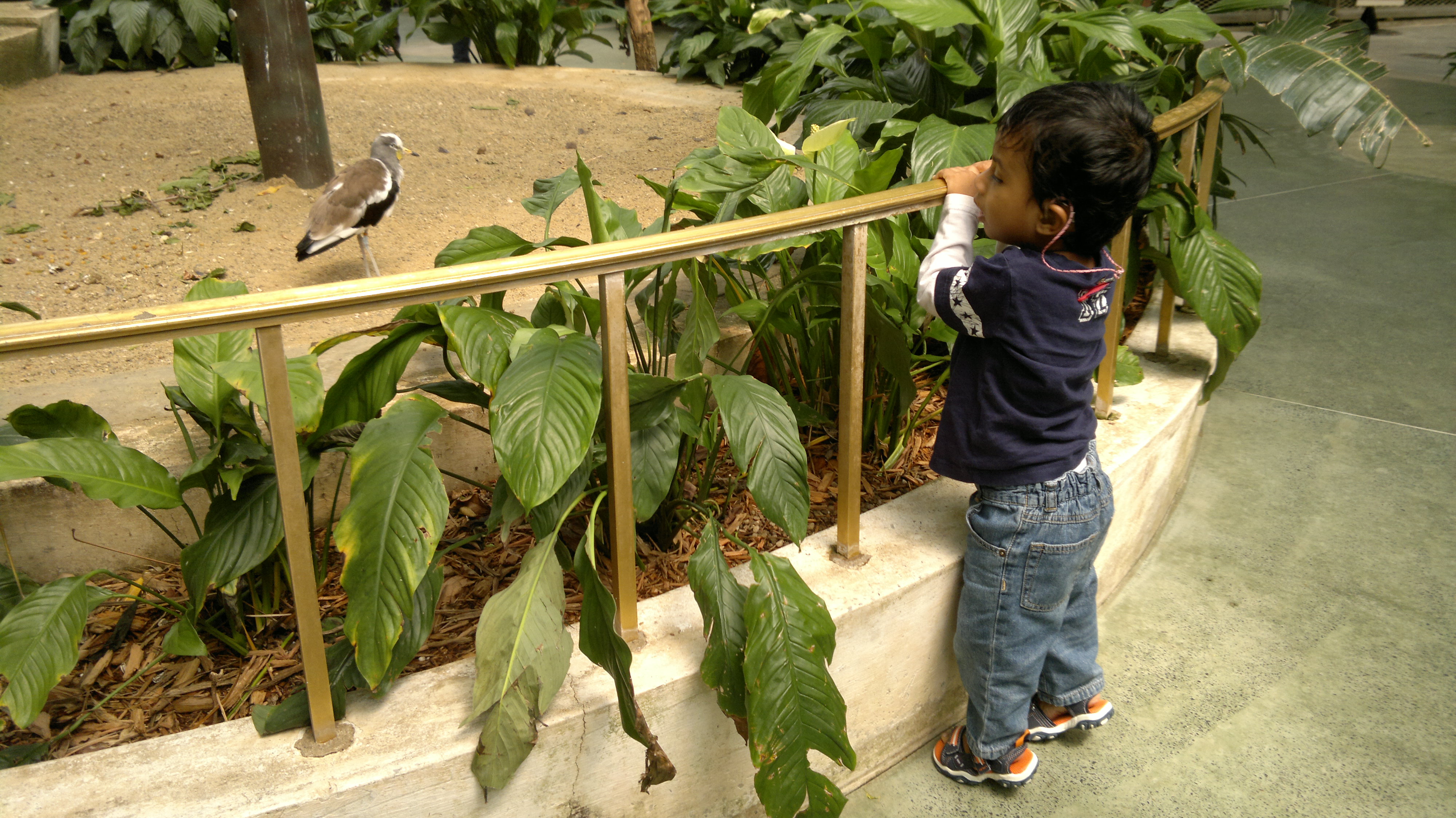 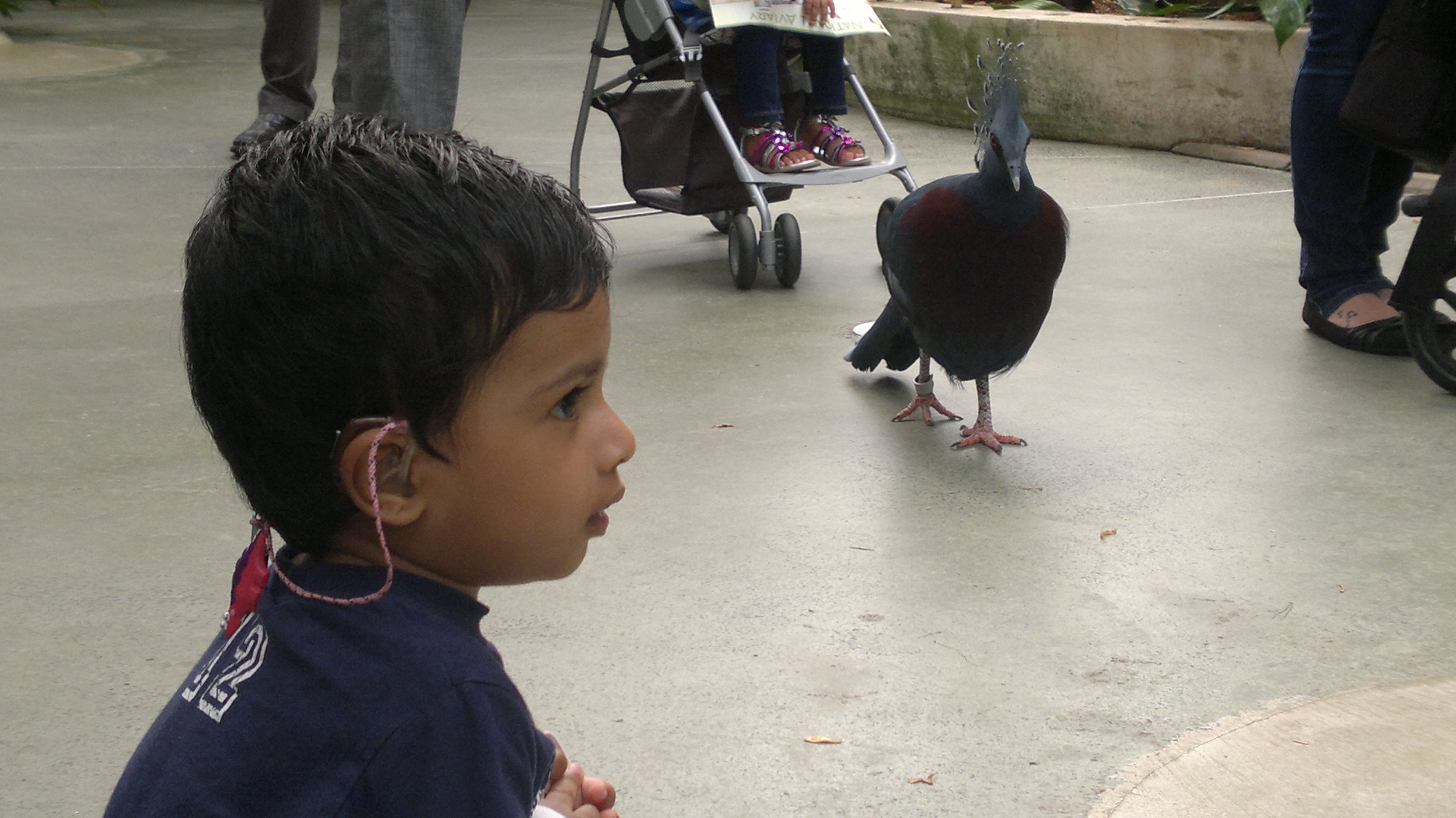 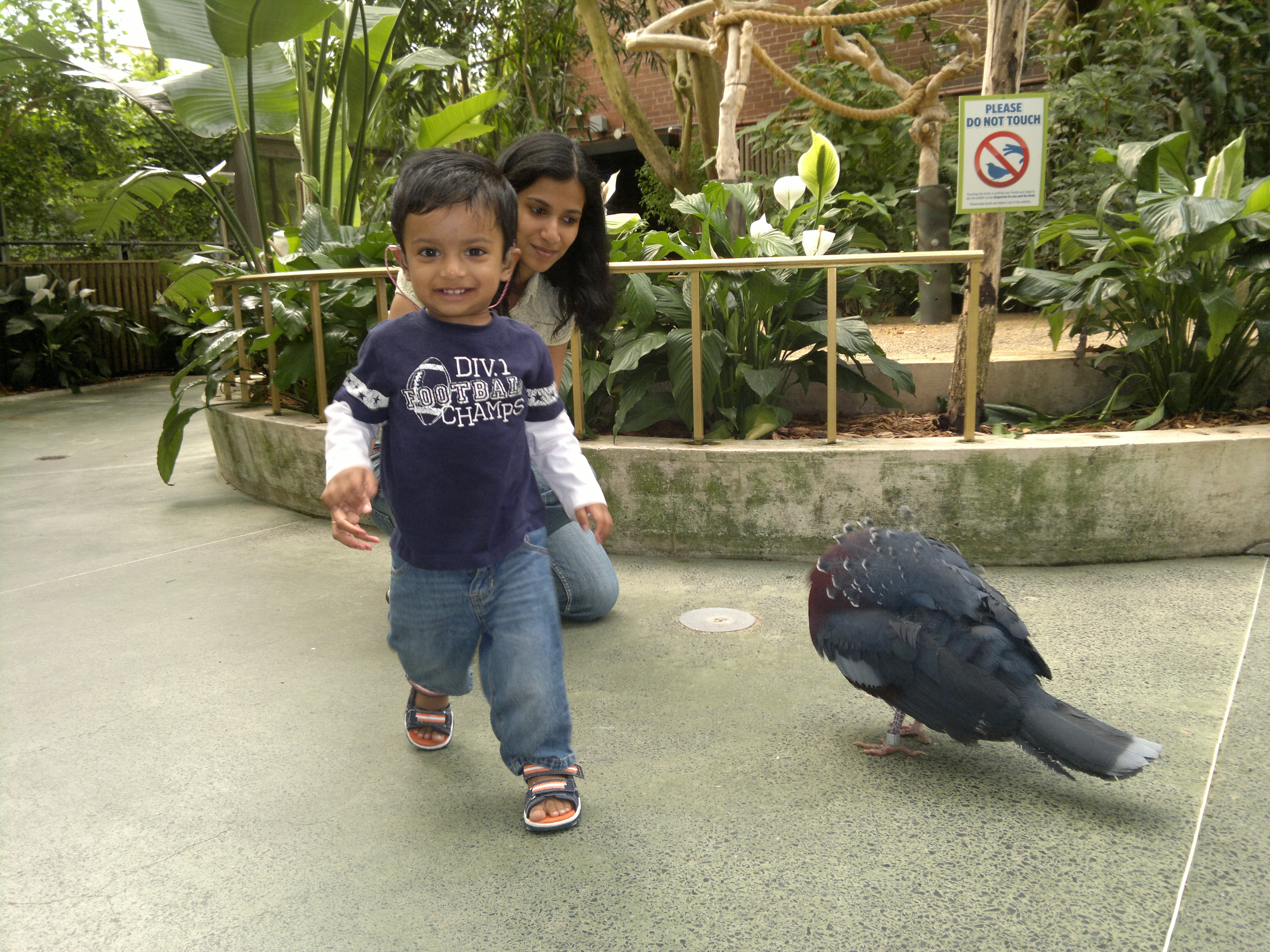 As soon as we reached a stage where we were confident that he would not throw off his hearing aids, I happily got rid off them!

Getting fitted with hearing aids with proper programming is however, just the start. What matters is the amount of quality listening a child has and the extent of language he is exposed to. And this is one area we could never satisfy ourselves as parents, no matter how hard we try.

It is only because of the advancements in hearing aid technology and the current recognition of Auditory Verbal Therapy that we could seamlessly integrate Adith into this world. Yesterday evening I took him out to play and there was a large group of children playing with water guns, balls etc. He went up to an older girl and asked ‘can I play ball with you?”. She said ‘Sure’ and as I watched them kick ball at each other, I could not help wondering – what if he were a signing child? Would he have the confidence to go up to other children and kick start a conversation like this? How different everything would have been! ‘BLISS’, is what I feel at the moment :).