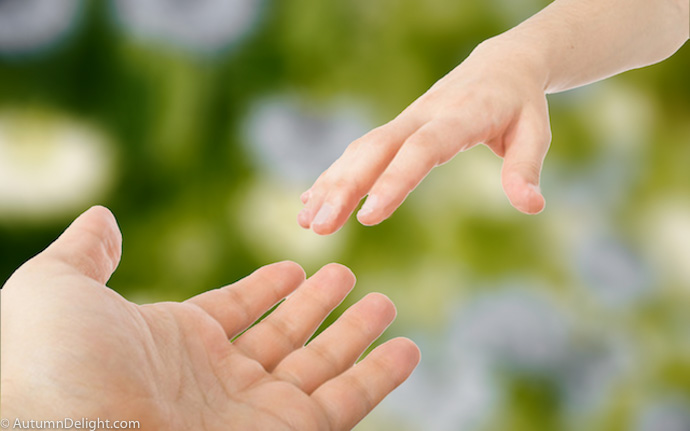 I was particularly moved by a biker’s experience that he posted in Facebook recently. He was riding through a remote village in India one morning and on the way, happened to see a hut with a table set outside. There was an old man making tea beside it. It was a small tea stall. The biker asked for a cup of tea and some food and was given a plate of idlis with some chutney and a cup of tea. When done, he was charged just Rs. 5! The biker felt it was too less and upon enquiry, came to know that they were selling only tea, it was their breakfast that was given to him! He had to plead the old man to take more money! He signs off his post saying “You haven’t truly given until you have given till it hurts”. You can read the full post here.

I think the old man would be considered ‘kind’ even if he had charged for the breakfast. Poor as he was, he parted with his own breakfast for a stranger without even taking solace that he might find it a little ahead. And this, is what takes that kindness to another level. Have you been a recipient of such kindness? One which offers the benefactor no gain but costs tremendously? I have been! A beautiful lady has given so much of her time and energy so that I could take Adith to school! Here is the story..

Once Adith’s hearing loss was confirmed, we immediately researched on the options in Pittsburgh and came to know that there were 2 schools: ‘Western Pennsylvania School for the Deaf’ and ‘DePaul School for Hearing and Speech’. DePaul seemed more appealing to us since it followed Auditory Verbal Therapy (no sign language) and hence I called up to schedule a tour of the school. The school was not big but had a certain charm about it, which I liked instantaneously. As I visited the preschool classroom and heard the children talk (though not clearly), I decided that Adith should go here. That DePaul had been teaching deaf children to speak for over 100 years further reaffirmed my faith. The school was about to close for summer vacation and I was informed about a Summer Program for toddlers that ran for 3 weeks in July. I thought it was a good way to keep him engaged for the summer. It would be just 2 days a week for 2 hours. My early intervention therapist (who was coming home for therapy) had told me about another Summer Camp that she was running in ‘Western Pennsylvania School for the Deaf’. This was again 2-hour sessions, 2 days a week. The days did not overlap so it was perfect! I wanted to take him to both places. There was just one problem though!

I was not driving in the US! Both schools were far and would require 3 buses. Taxis would be too expensive. I knew about some Indian moms who were doing carpooling to nearby preschools – but those were within 1.5 miles from where we stayed whereas these schools were more than 10 miles away. Nevertheless, I asked my friends to let me know if they knew someone who could give me rides to and fro while I checked other options. I was not very hopeful since I knew that most of the Indian moms near me drove only to nearby places.

After a few days, one of my friends called me and said her friend ‘Suganthi’ was willing to take me to school. I was really surprised!  I didn’t know Suganthi so I called her up and we talked about the timing and locations. She had not driven that far but was confident! Great! So, with Suganthi’s help, I took Adith to both the schools in the summer. Her son ‘Vijay’ also came along as it was vacation time. He was a smart and energetic 4 year old boy who read bill-boards as we drove by! It took almost 40 minutes one way and hence, there was no time for Suganthi to go back home and then come again to  pick me up. She waited at the school till the sessions got over! At DePaul, we would both wait at the Parent Room- I would pick a book to read from the shelf and she would either read or watch something on the iPad while Vijay played with the toys in there.

At WPSD, it was a ‘Mummy and me’ program so I went into the classroom with Adith while Suganthi and Vijay waited in the nearby rooms. She never complained about the waiting. After a few days, her father in law came from India for a visit. Since he was quite aged, Suganthi informed me that she could not come leaving him behind. I thought she was suggesting that I better look for some other options but she was actually asking if he could also come along! Of course! So from then on, all of us would go to school together. When most other kids would come with their mom, Adith would be accompanied by 4 people and we walked across the hallways like a marching band!

Some days, Suganthi would drop me home and then again take Vijay for Kumon or swimming! Her days were super busy but she skillfully managed it! Meanwhile, I took the written test for the driving license and began preparations for the main test. The day the Summer Camp ended, my mom came from India and we picked her from the airport. I was relieved that there was someone else to take turns in engaging Adith at home. My mom taught him “Eeshakottaaram” and “Urumburumbu Paatta” (fingerplays), played hide and seek and did lots of silly things with Adith which he thoroughly enjoyed! I realized that no matter how much you devour the internet or learn from books, your parents have a natural way of tackling things which you cannot “learn”!

After the summer break, Adith was officially enrolled in the Toddler group. Now, Vijay had to go to school and his grandpa went to stay in a relative’s house so it was just us now, sometimes joined by my Mom. On the weekends, I would have driving lessons with Loveson while Amma watched Adith. In October 2013, I went to India with my Mom and when I returned in January, I came to know that Suganthi had moved to Boston. I panicked but knew it was time for me to act. So finally I went for the driving test and got my US driving license!

I often wonder how Suganthi was ready to give so much of her time and energy for me, whom she did not even know! Now that Adith is 4, I know better the challenge of going somewhere with an active child and staying put in a place where you have no business! She could very well have remained at home, doing her chores, playing with her son or just relaxing! She really had no need to take me to school, but felt that she ought to do it!

Suganthi had a baby girl last month and I called up to congratulate her. While we were chatting, Adith came over and asked me if he could watch TV (Every time I am on the phone, he would ask for TV!). Suganthi remarked, “Is that Adith talking? My God, last time I saw him, he was doing actions! I am so happy for him!”. I thanked her again for her help and asked, “How could you do it? It was so hard!”. She laughed and replied, “How could I not? He needed it! And I am also a mother and knew how you felt!”. I was speechless. People like Suganthi and the old man in the tea stall teach us the true meaning of kindness. It is not just giving alms to the poor and giving away old clothes – true acts of kindness is what costs you something! And because I have been a recipient of such kindness, I might do the same for someone tomorrow!


Remember there is no such thing as a small act of kindness. Every act creates a ripple with no logical end. Scott Adams